When her teachers told her she wouldn’t pass science A Levels, Dr Tamsin Holland Brown refused to take no for an answer. She’s now an NHS paediatrician and award-winning health entrepreneur. 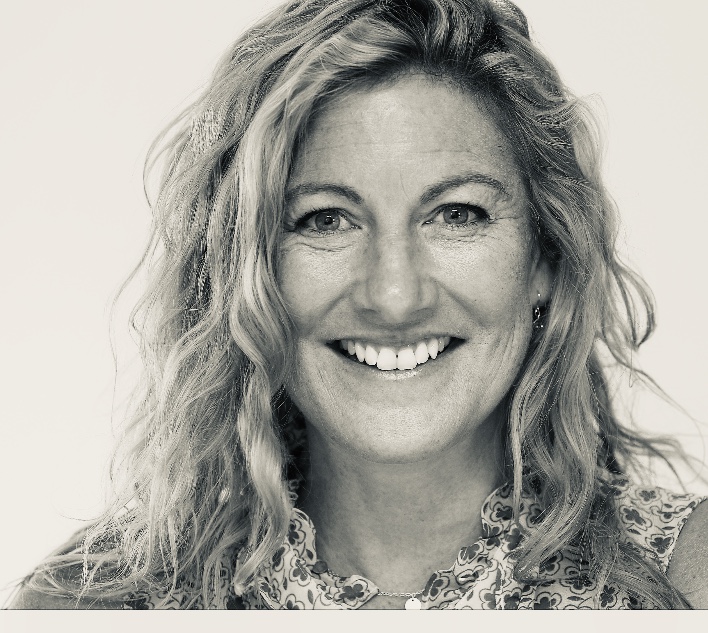 Growing up in the UK, Tamsin’s entry into the world of medicine was far from an easy ride. ‘I enjoyed science, but I wasn’t at the top of the class. So, when I was given careers advice, I was told not to do medicine or science and to stick with arts subjects,’ she says.

But Tamsin was determined to study medicine, so she passed up travelling with her friends and studied for additional science A Levels in her gap year.

It was her parents’ support that gave her the final nudge of confidence she needed. ‘No education is wasted’ was what her mum told her at the time, and that’s something that has stayed with Tamsin ever since.

Tamsin’s year at St George’s, University of London was the first time the medicine course admitted 50% women and 50% men. ‘That felt exciting,’ she says, as it seemed the notoriously male-skewed playing field was finally levelling off.

But, later in life, that gender balance proved tricky to emulate. Tamsin and her husband were both at the same point in their medical careers, facing hectic rotas and frequent night, weekend and Christmas shifts. But, they knew that at least one of them should be kissing their children goodnight.

‘We wanted to share the home and work commitments 50:50, but we missed out on the government’s change to parental leave,’ Tamsin says. Her husband was allowed only two weeks off work with each of their children, while she had full maternity leave.

So, Tamsin decided to start working part-time to bring up the Holland Brown clan. ‘I’ve loved being able to spend time with my kids; they’re little for such a short while,’ she says.

She couldn’t have known it then but taking a step back from work would spark an innovation that shaped the rest of her career. Spending time at home gave her the brain space she needed to mull over treatment issues she was noticing at work.

Hearing loss is one of the most common disabilities affecting young people, and Tamsin was seeing her paediatrics patients falling behind in their speech and language development, education and social interactions.

Many of these children were suffering from glue ear, or Otitis Media with Effusion (OME), which is the most common cause of childhood hearing loss. As fluid builds up behind the eardrum, sound is prevented from travelling across the middle ear properly and the child’s hearing is affected.

So, Tamsin decided to solve the problem. ‘I went about putting together a device so that children could hear, as well as an app aiming to address developmental skills, including speech and language therapy, that are sometimes affected by hearing loss.’

Her approach was hands-on. She bought a small transducer (a device turning sound into vibrations) from a high street electronics shop for £9.99, then cut apart earbud headphones she had at home to connect the devices up.

Just like that, she’d made a bone conduction transducer headset for about £15, but all the wires would have made the device unsafe for children to use.

Further research led to bone conduction headphones used in competitive cycling, which she Bluetooth paired to a microphone app on her phone. ‘That worked well,’ Tamsin tells me, ‘but all the phone calls came through to the child!’

So, it was back to the drawing board. Eventually, Tamsin paired the cycling headphones with a motorbike intercom microphone, producing the best results yet.

‘It was after this that it was clear that a headset was needed to help children hear and an app was needed to help their development,’ Tamsin says. Oriane Chausiaux, General Manager of Cambridge Digital Health, led the team developing the Hear Glue Ear app, providing invaluable insight on data protection and compliance with NHS policies and procedures.

The results of these combined efforts were groundbreaking: the award-winning Hear Glue Ear device and app, which provide an accessible, affordable solution for children with glue ear.

In fact, the Hear Glue Ear project was both professional and personal for Tamsin. Her daughter Lilac had glue ear, which brought her work and home life together in ways she hadn’t anticipated.

The children became part of the journey, so instead of a work life balance I saw it all as a blended system. I put my children first and I have a career and I kind of refuse to not have either one.

But Tamsin learned that was possible the hard way. ‘I started by returning after maternity leave, assuming my career was going to be static and I would be given all the least popular jobs that no one wanted to do. And, in honesty, it did start like that,’ she says.

Gaining the confidence to start networking transformed the way Tamsin saw her future. As she began presenting her innovative ideas to colleagues, she realised she wanted to develop her career, conduct further research and make a wider difference to children with hearing loss.

‘If I was going to take away time that I could be at home with my children to work, it ought to be something very worthwhile’, she says. ‘However, my sacrifice has been sleep – I regularly sit down and work once everyone is in bed about 10pm and work through to 2am.’

The drive and vision were most certainly there, but there was still a lot to learn. ‘I made every mistake going,’ Tamsin says. ‘I trusted everyone initially and I signed contracts without understanding them.’

‘I seriously considered quitting at a couple of points. Sometimes I didn’t want to think about the bits that felt overwhelming, too difficult, too scary, too far away from my comfort zone.’

It was tough to address criticisms the project encountered, as well as navigating the complexities of establishing and ethically approving the research involved. ‘It seemed sometimes that everyone could only see the reasons why we shouldn’t do something new,’ Tamsin says.

Funding also posed an issue, and the team found itself spending money it didn’t have to plug the gaps. The added workload of the project was also overwhelming at times, Tamsin admits: ‘sometimes it felt too hard to do this project and a job and the family.’

Her words of hard-won wisdom? People operate on different agendas, so find colleagues who share your purpose and values. Learn what you need to know and ask those seemingly ‘stupid’ questions until you can make your own informed choices.

Tamsin’s adaptability and drive paid off. In 2019, the Hear Glue Ear app was voted UK children’s app of the year and the project was named overall winner at Leading1Health’s Forward Healthcare Awards.

For Tamsin, a real highlight of the Hear Glue Ear journey was the chance to mentor a younger woman in STEM. She signed up to take on a medical student as a temporary research assistant on the project, and that was how she met Surina Fordington.

‘I wanted to show her what was possible,’ Tamsin says, ‘so she came with me to present at prestigious national and global health conferences. She got better with each one, able to talk without notes at the final meeting.’

Tamsin herself found the experience equally rewarding: ‘It has been a joy to play a small part in supporting a younger woman to grow in confidence and skills. I learnt so much too: how to improve as an educator, supervisor and mentor.’

Mentoring younger women in STEM is hugely important to Tamsin. ‘I was accepted onto the NHS England Clinical Entrepreneur Programme this year, which let me stand up and talk about the WISE (Women in STEM) campaign and the importance of role models and mentors.’

As well as supporting younger women in STEM, Tamsin knows she’s still got her own path to forge. ‘There are 30% women on the programme in my year which is the highest number yet. But that doesn’t mean we shouldn’t work hard to get it nearer 50:50.’

Looking forward, Tamsin aims to roll out the affordable Hear Glue Ear headsets to low-income countries, where a case of glue ear can often scupper a child’s chances of receiving a basic education.

She’s also collaborating with a fellow woman in STEM to provide affordable, app-based hearing and vision screening for schools across the UK, to help prevent students from falling behind. 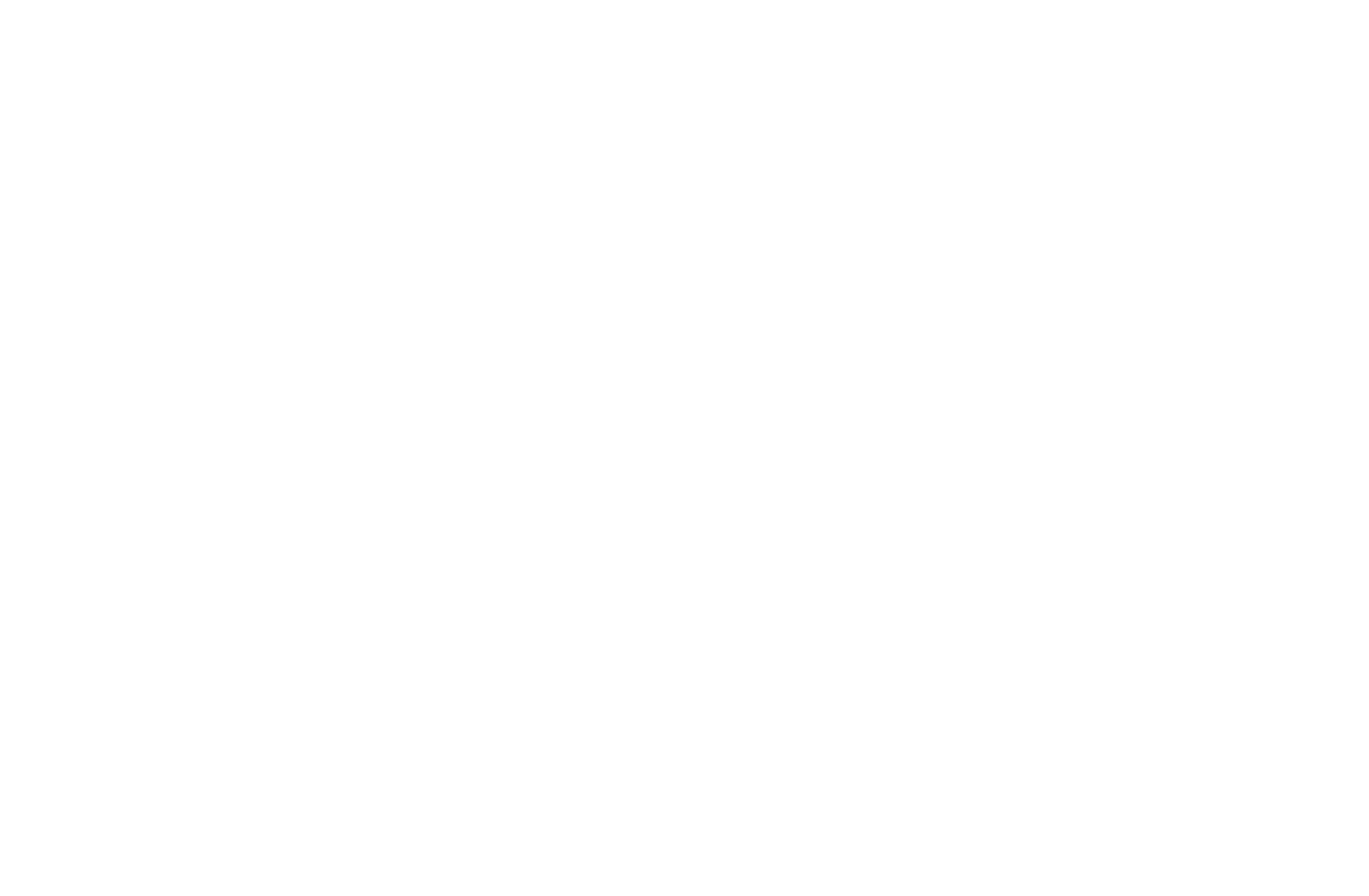 From the arts to the sciences, from career stasis to entrepreneurial innovation and from bringing up five children to helping countless more, Tamsin’s criss-crossed path has brought her to exactly where she wants to be.

You can never know if your idea will be a success or failure – so do it. Fire up the purpose of why you want to drive change and the good you want to do and hold onto that fire like an Olympic torch that can’t be put out until it reaches its destination. If a path is blocked, find another route. However shaky or unsure you are, keep that fire alight and know that your voice is important, your vision has worth and anything is possible.

Find out more about the Hear Glue Ear project.